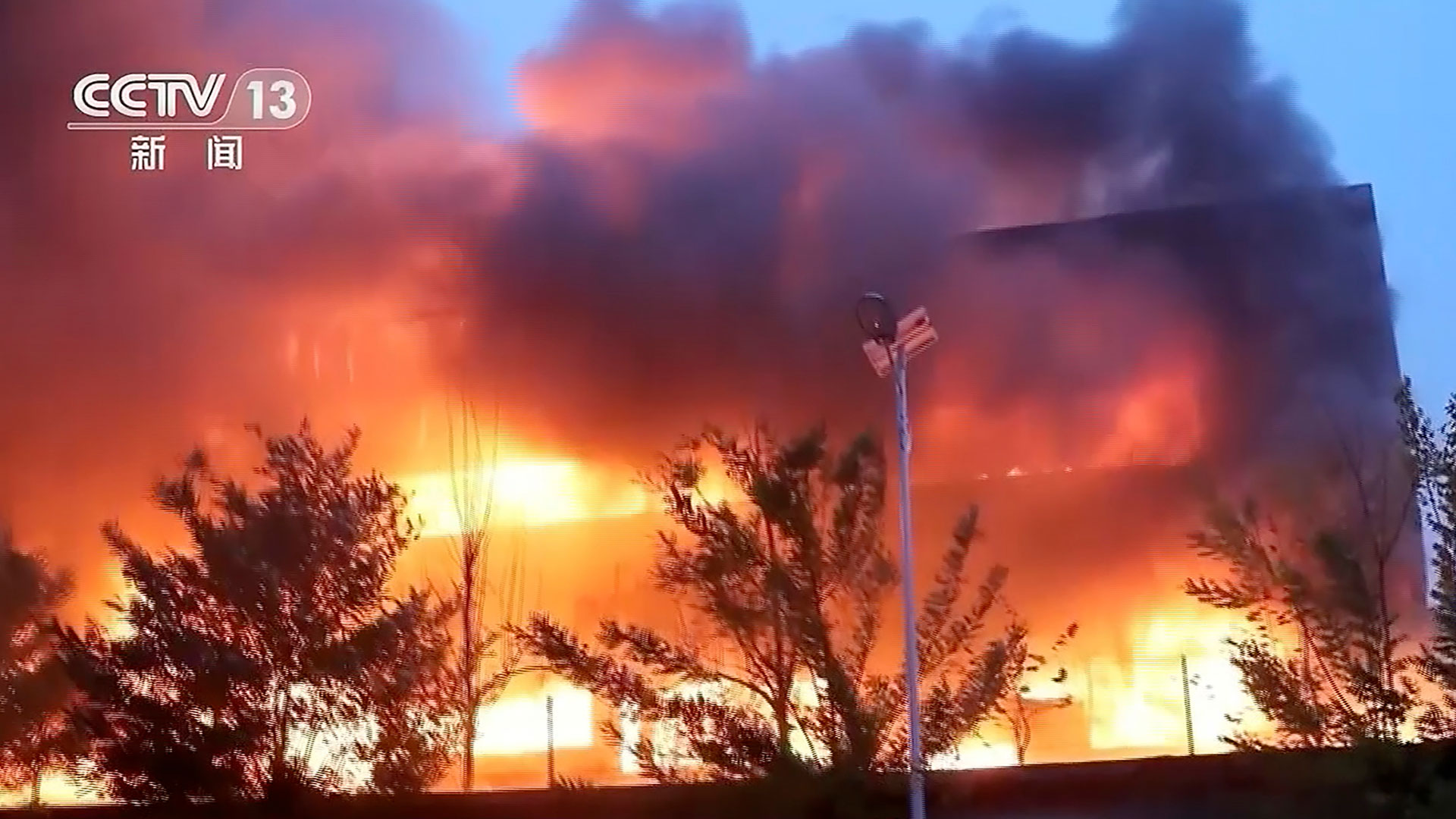 AT LEAST 38 people have been killed in a horrific inferno at a tech factory in China.

Nearly 250 firefighters are still hunting for missing workers after the blaze at the Kaixinda Trading Company in the Henan province.

The raging inferno engulfed the factory on Monday afternoon[/caption]

The area, known as the city’s “high-tech” district, was lit by an ominous orange glow as the fire raged on Monday afternoon.

Emergency services rushed to the chemical and electrical goods facility just after 4.22pm local time, according to reports.

A whopping 240 firefighters tackled the roaring flames with their 63 vehicles, eventually extinguishing the fire by 11pm.

After the blaze was put out after several gruelling hours, teams began searching among the rubble for survivors.

At least 38 people died and two others were injured, the local government in part of Anyang city said in a statement on Tuesday.

Another two people are still missing following the devastating fire.