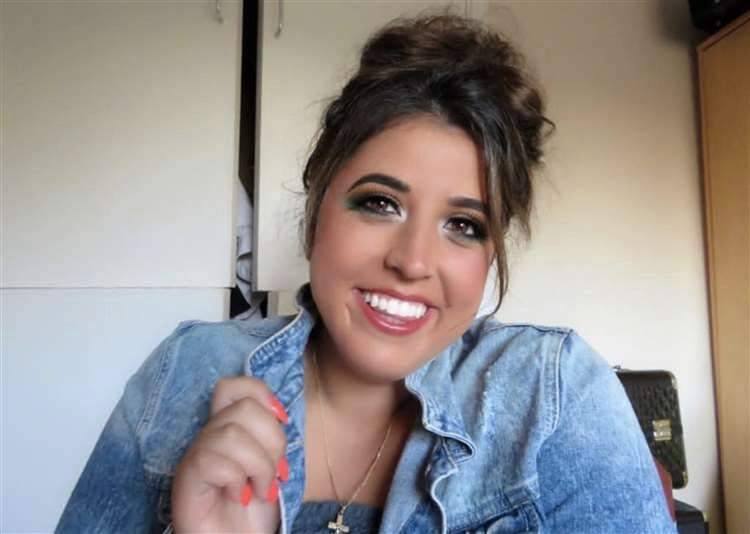 A CONSTRUCTION boss whose stepdaughter died in Qatar while he was working on the World Cup stadiums said he’s still searching for answers three years later.

Donal Sullivan said the family were “pushed from pillar to post” after Rafaelle Tsakanika, 21, died in a two-car hit-and-run near Doha on March 30, 2019.

According to court documents, the make-up artist, from Cambridge, was the passenger in a Toyota Land Cruiser which “flipped over several times”.

Rafaelle and her 20-year-old friend, Mohammed Ahmed Hussein Ali Al Majid, who was injured in the crash, were “thrown” out of the car.

Her stepdad, Donal Sullivan, said the family had lived in Qatar on-and-off for about 10 years, with his work taking them to the small Middle East nation.

At an inquest on Monday, he said he was “involved in four or five of the new stadiums that were being built and the extension of the airport”. 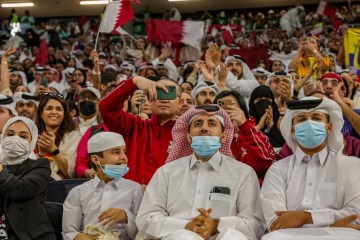 TURN UP THE HEAT 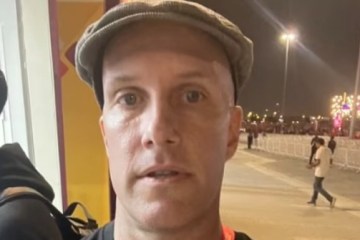 WHAT IS QAT ABOUT?

Back in 2019, Donal said the family “knew something was wrong” when Rafaelle didn’t come home one day while they were living there.

And he said the family were “pushed around from pillar to post” by cops as they desperately tried to find her and eventually decided to go to the hospital.

“We just started literally walking around trying to find my daughter,” he said.

They found there was “one entry unknown” in the hospital records and they were directed to the morgue, where there was a “picture of Raffy’s passport lying in front of us”.

He said a worker “gestured to one of the drawers” and they identified his stepdaughter.

“This is like a jigsaw – we’re piecing bits together as we go,” Donal said.

After identifying Rafaelle, he said local cops took them to the scene of the crash and were shown the car that she had been in – but they were not allowed to take photos.

He said they flew her body back to the UK, adding: “At one point she was our only evidence.

“We didn’t know what happened and we didn’t trust anybody.”

Court documents show teacher Mubarak Al Hajri, then aged 46, was convicted in Qatar of causing Rafaelle’s death, causing serious injuries to her friend, driving in a way that endangered lives, fleeing the scene of an accident, and speeding.

He was sentenced to just two months in prison and ordered to pay compensation to the Rafaelle’s family.

At the time, the heartbroken family blasted the sentence as “pitiful and embarrassing”.

At Monday’s inquest, Donal said cops told him Al Hajri had been overtaking in a space between the fast lane and the central reservation when the crash happened.

Barrister John Goss, representing Rafaelle’s family, asked Donal: “In your experience of driving in Qatar, is it common for drivers to make use of the space between the central reservation and the carriageway for very fast overtaking?”

Donal replied: “It’s happened to me at least four or five times.”

Manny Tsakanika and Jo Sullivan, the brother and mother of Rafaelle[/caption]

In Qatari witness evidence read to the inquest, Al Hajri claimed he was driving back towards Doha and his wife “phoned, telling me my son lacked oxygen and she didn’t know how to act”.

He claimed he “had not bumped into” another vehicle but “just hit the barriers”.

And he said he did not stop at the scene as it was the “first accident… I feared the procedures”.

Rafaelle’s friend, Mohammed, said he was driving and she was in the passenger seat of the vehicle that was hit.

He said he met her through Instagram, picked her from her house and they had drank tea at a café before the crash.

Donal said he had spoken to Mohammed’s dad at court in Qatar and they were a “pleasant family”.

He said Mohammed was “suffering from distress” and “ultimately they pulled back from the whole scenario”.

A post-mortem examination at Addenbrooke’s Hospital in Cambridge in April 2019 found Rafaelle died of traumatic head and abdominal injuries.

Alex Routt, a forensic collision investigator, was instructed by the coroner to analyse the evidence.

Raffy was an absolute gift to us and her community. She was adored by everybody

Routt agreed with the suggestion at the inquest that his analysis was hampered by the lack of information given by the Qatari authorities.

He said he tried to examine tyre marks in a video filmed by family members on a police drive-through visit of the crash site.

Rafaelle’s mum, Jo Sullivan, fought back tears as she told the inquest that her daughter was “adored by everybody”.

“I had what I can describe as the best 21 years of my life,” she said.

“Raffy was an absolute gift to us and her community.

“She was adored by everybody and she just saw the best in everybody.”

She continued: “So many people can’t get over this and I don’t think that we ever will.

“Our lives have just been destroyed.”

Charlotte Charles, the mother of 19-year-old motorcyclist Harry Dunn, attended the hearing to support the family of Rafaelle.

Harry was killed when US citizen Anne Sacoolas drove her car on the wrong side of the road near RAF Croughton in Northamptonshire in 2019, crashing into him.

Last month, she pleaded guilty to running down and killing Harry in the horror crash following a three-year fight for justice.

Simon Milburn, area coroner for Cambridgeshire and Peterborough, adjourned the hearing until further notice while he considered his conclusion.