THIS is the shocking moment a crowd of locals turned on a tourist and violently attacked the woman, after she illegally climbed an ancient Mayan temple in Mexico.

Footage recorded by the crowd showed the woman dancing and showboating at the top of Chichen Itza, near Cancun, where she was subsequently ushered down by a security guard into an indignant audience.

Hair pulling, punches to the back of the head, pushes and drenched by bottles of bystanders was all to come for the foolish tourist with the crowd yelling “carcel” meaning “prison” in Spanish.

A Mexican woman Angela Lopeze posted the footage on TikTok with the label “This is why you don’t disrespect historic Mayan Pyramids.”

Another person who filmed the incident said the act showed “a lack of respect.”

El Castillo, known as the Kukulcan Pyramid, is a UNESCO World Heritage Site and has been prohibited to climb since 2008. 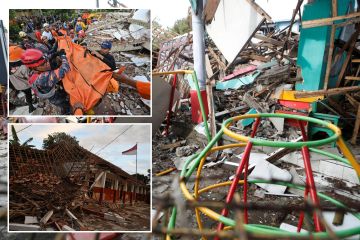 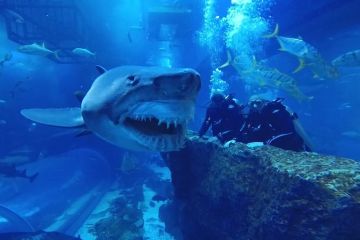 The sacred sited was built by the pre-Columbian Maya civilisation more than 1200 years ago, with the ruins now under the stewardship of Mexico’s National Institute of Anthropology and History.

According to the Latin America news outlet, MercoPress, INAH authorities have yet to report the incident, however, people have taken to social media condemning the act and calling for imprisonment.

One video of the incident posted on TikTok has been viewed more the five million times.

Federal law on Archaeological, Artistic and Historic Monuments and Areas states in Article 47 that one to ten years imprisonment is possible if the offender is found liable.

Chichen Itza is in close proximity to the tourist hotspot, Cancun, which is said to bring more than two millions visitors to the ancient wonder annually.

With the large numbers visiting, the site has seen many incidents of illegal activity in the past.

According to local media, one incident lead to the death of tourist who allegedly slipped from a step and fell about 60 feet to the ground in 2006.

Last year, a tourist also illegally climbed the temple and faced the local court but the outcome was unknown.

Back in May a Russian influencer faced charges for posing naked under a sacred tree in Bali.

A group of tourists face four years in jail in Peru after human faeces was found in a temple at Machu Picchu.

An Instagram beauty was blasted for letting her boyfriend splash her bum with holy water at an ancient temple in Bali.