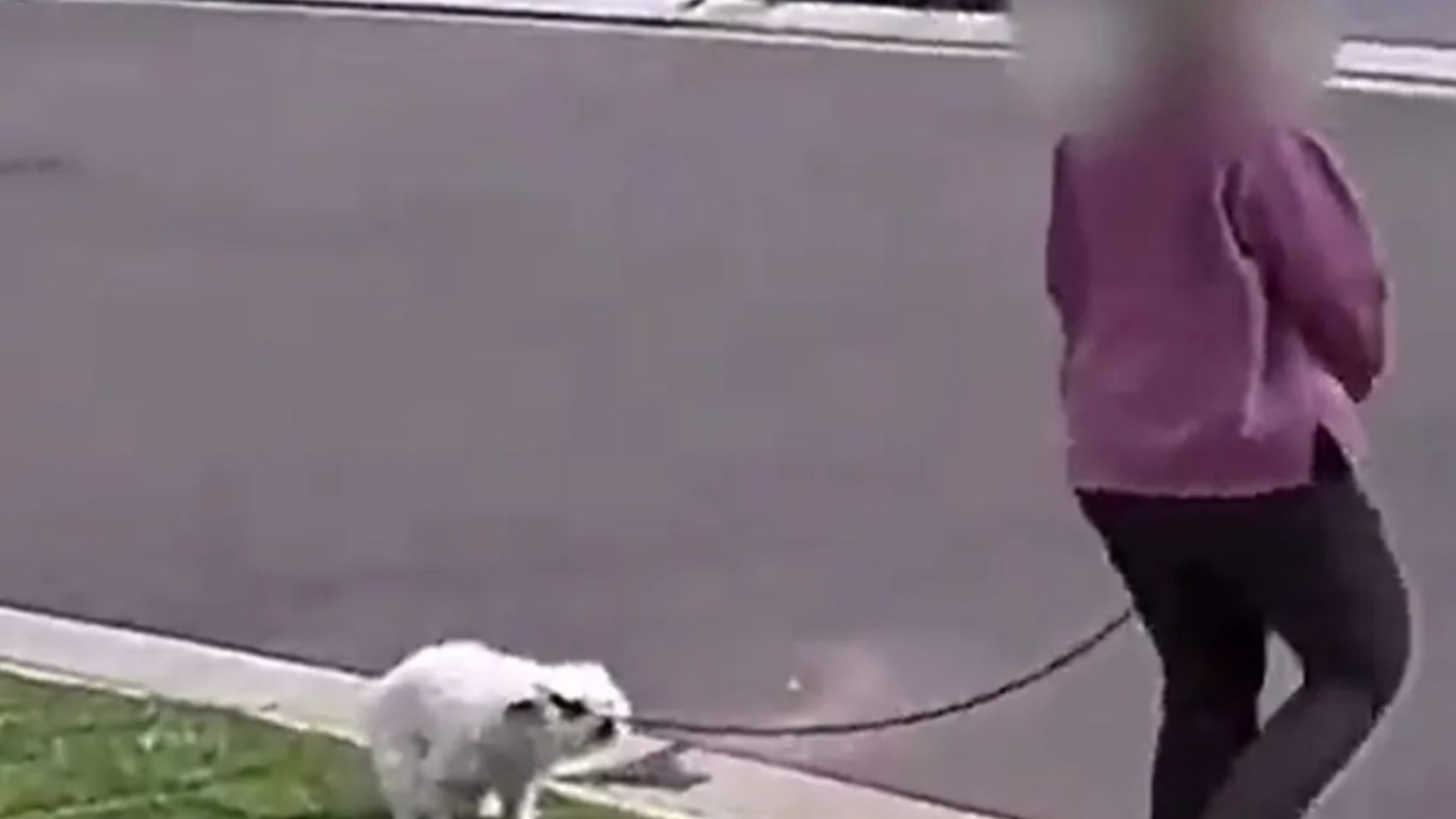 A FUMING neighbour got the ultimate revenge after a dog owner let her pooch poo on his front lawn and didn’t pick it up.

Ashley Mckay decided to take matters into his own hands and scooped up the droppings, popped it in an envelope, addressed it to the pet owner and put it through her letterbox.

Ashley Mckay decided to take matters into his own hands[/caption]

He scooped up the dog poo, popped it in an envelope, and put it through her letterbox[/caption]

Ashley, from Adelaide, Australia, wrote on the envelope: “To the owner of the little white dog. This belongs to you!”

He claimed he took the extreme step after watching on as the dog owner failed to pick up after her pet on his front lawn.

“When you let your dog s*** on my lawn, you get a special gift in the post,” Ashley wrote on Facebook, accompanied by a photo of the dog poo.

She can be seen waiting as the pooch does its business on the small patch of grass outside Ashley’s home before wandering off.

He told 10 News: “People leaving dog turds at the front isn’t exactly what we want.

“I figured why not pick it up myself and hand deliver it to her and then she can dispose of it that way.

“Obviously I managed to scoop up what the dog had left behind, put it in an envelope, and I have dropped it in the letterbox of the lady in question.”

He told the Adelaide Advertiser: “I do take pride in the appearance of my house and the front of the house and whatnot.

“It’s just a little bit annoying when you get someone who just lets their dog do their business and they just walk off.

“Anyone who’s got any form of respect obviously doesn’t do that.”

He added: “So far everyone’s told me it’s the right thing to do and if she doesn’t want to pick it up then that’s how it should be.”

And Ashley vowed: “Anyone who leaves a little gift behind for myself will receive a gift in turn from me.”

He told Daily Mail Australia the woman hasn’t returned to his front lawn as yet – and believes she will now avoid the street when taking her dog for a walk.

“She certainly hasn’t been back past not from what I’ve seen. I’m thinking she’ll avoid the street altogether,” he said.

“Something had to be done and I figured that was the nicest option.”

Ashley received heaps of praise for his revenge plan.

A fourth commented: “Hahaha!! Good on you!!”

If receiving dog poo in the mail isn’t enough to stop you from leaving your pet’s poo – you can be slapped with $210 fine in Adelaide for not picking up after your dog.

Ashley received heaps of praise for his revenge plan[/caption]