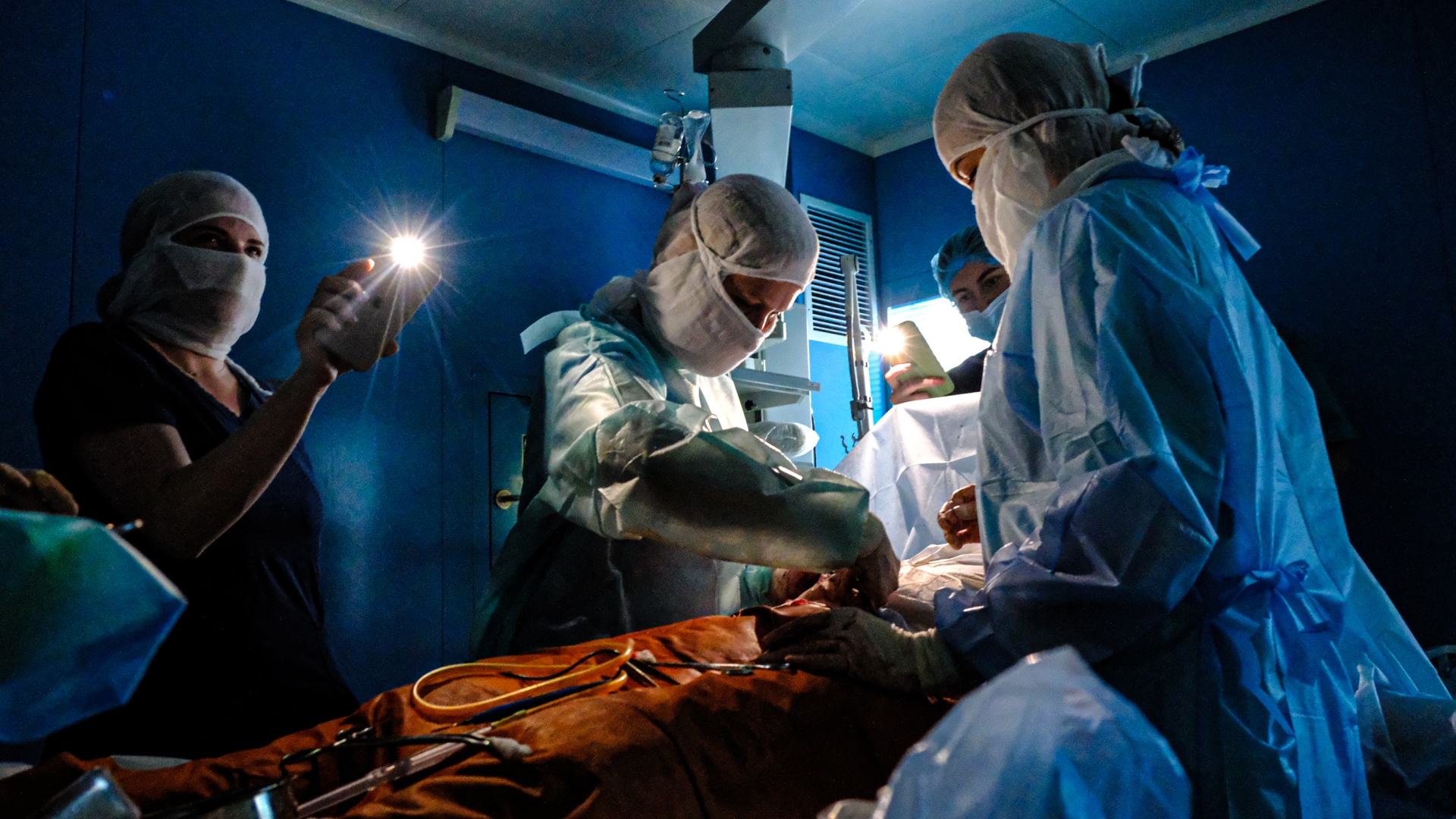 BRAVE doctors in Ukraine were forced to perform operations in the dark lit only by phone flashlights after a power cut in Kyiv.

The surgeons continued to operate on patients as Russian missiles rained down on the Ukrainian capital.

With no power staff relied on the flashlight from their smartphones to persist with the life-saving medical procedures.

Dr. Mikhail Zagrychuk, a transplant surgeon at the hospital, said: “They managed to finish this surgery, and fortunately this child survived, and the surgery was successful. But the first couple of seconds … it was very horrible.”

Kyiv has been bombarded with Putin’s missiles since Russia invaded the country on February 20.

Residents have been forced to become used to living in half-destroyed buildings and facing the looming prospect of death everyday.