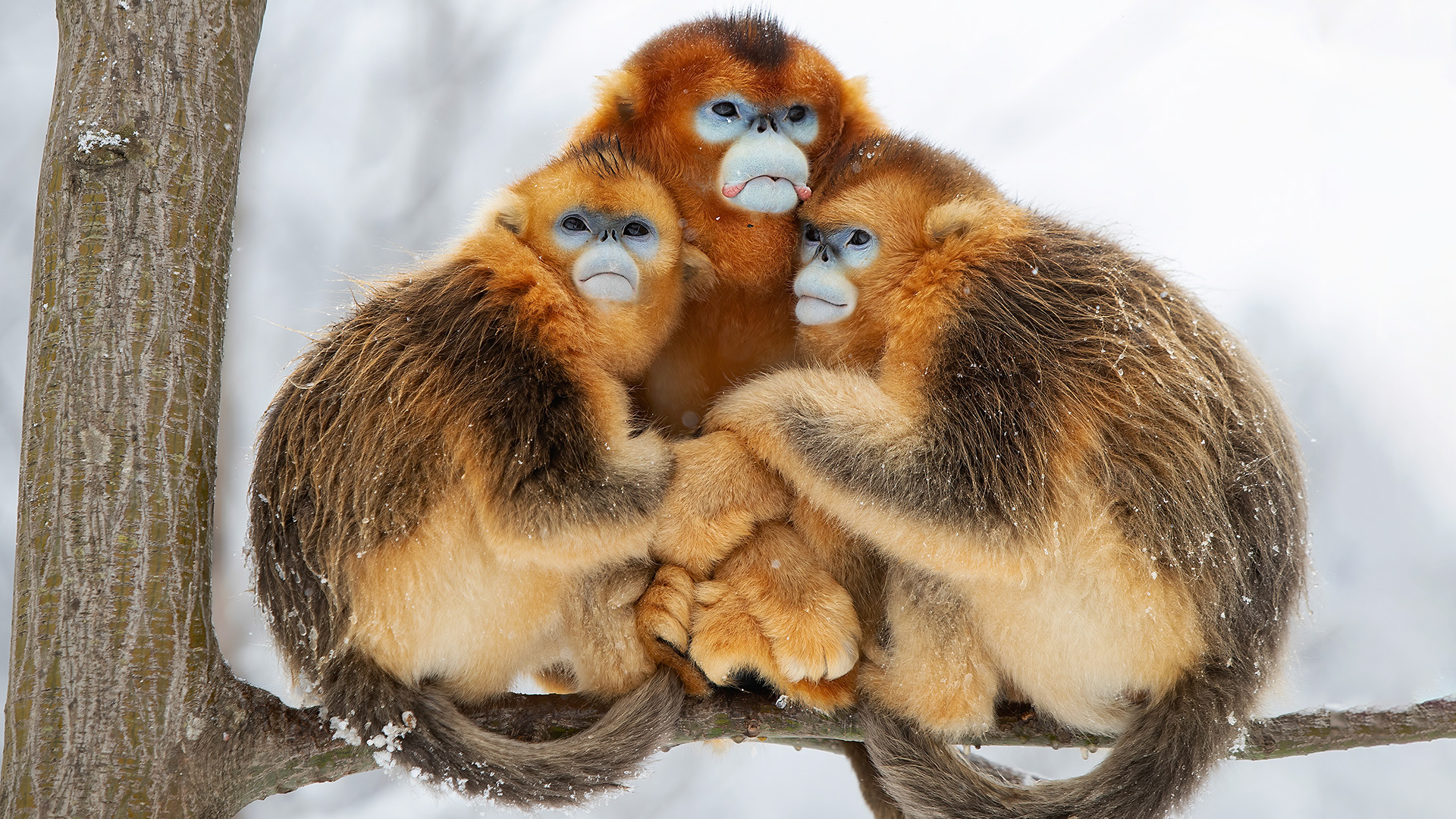 STRIKING images taken across the world show the very best of wildlife photography.

Each photographer who has captured these images is up for a gong at the Wildlife Photographer of the Year award.

A snap of golden snub-nosed monkeys trying to keep warm is a hot fave to win.

The chilly trio were captured while huddling together at China’s Qinling Mountains.

Also photographed was Olobor, one of a five-strong coalition of lions in Kenya’s Maasai Mara National Reserve.

And a snow leopard has also been pictured perfectly in northern India.

Twenty-five images are in the running for the award.

They are run by the National History Museum in London.