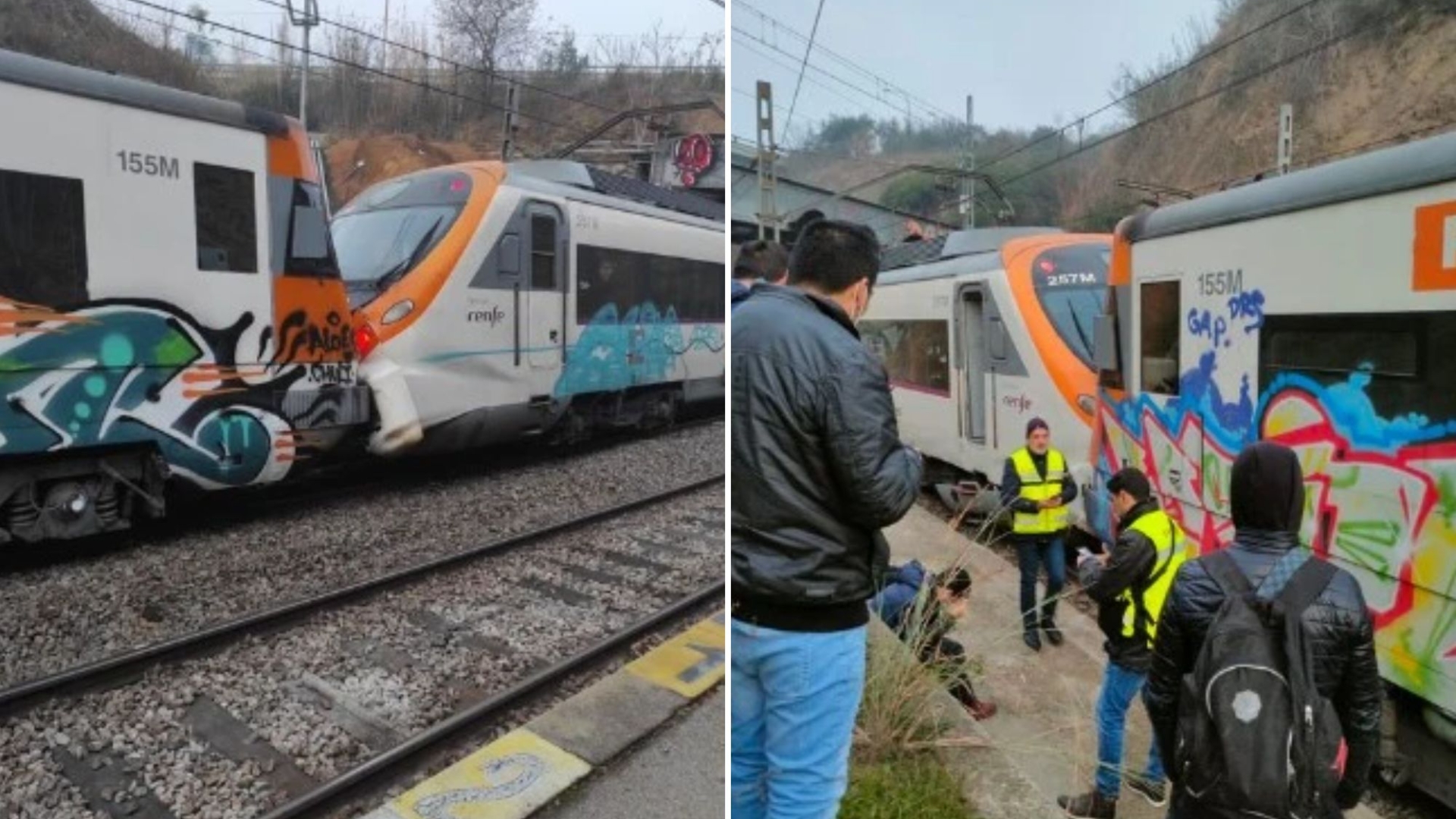 AT least 150 people have been injured after two trains collided in Barcelona.

One train smashed into the back of another at the Rodalies de Montcada and Reixac-Manresa station, nine miles from the city centre.

150 people are thought to have suffered minor injuries whilst three were taken to hospital in the Brit holiday hot spot.

The collision took place at around 7.50 am this morning as emergency services rushed to the scene.

The accident took place during rush hour with witnesses saying they felt a strong impact despite the trains travelling at low speed.

It is unclear if the driver suffered any injuries but most passengers are said to have been left ‘confused’ by the crash.

Emergency services tweeted: “So far the #SEM has served: 150 people in a MILD condition. 5 people in LESS SERIOUS condition.

“At the moment, 3 transfers have been made in a mild condition to different health centres.”

It took an hour to get commuters off the trains despite 18 fire engines being dispatched, according to reports.

One traveller to told news site RAC1: “The train was full and my carriage, which was the last, was completely full.

“They let us all down. Now everyone is off the train, there are people taking trains back.”

The crash has sparked severe delays and the train operator Renfe has said it will launch an investigation.