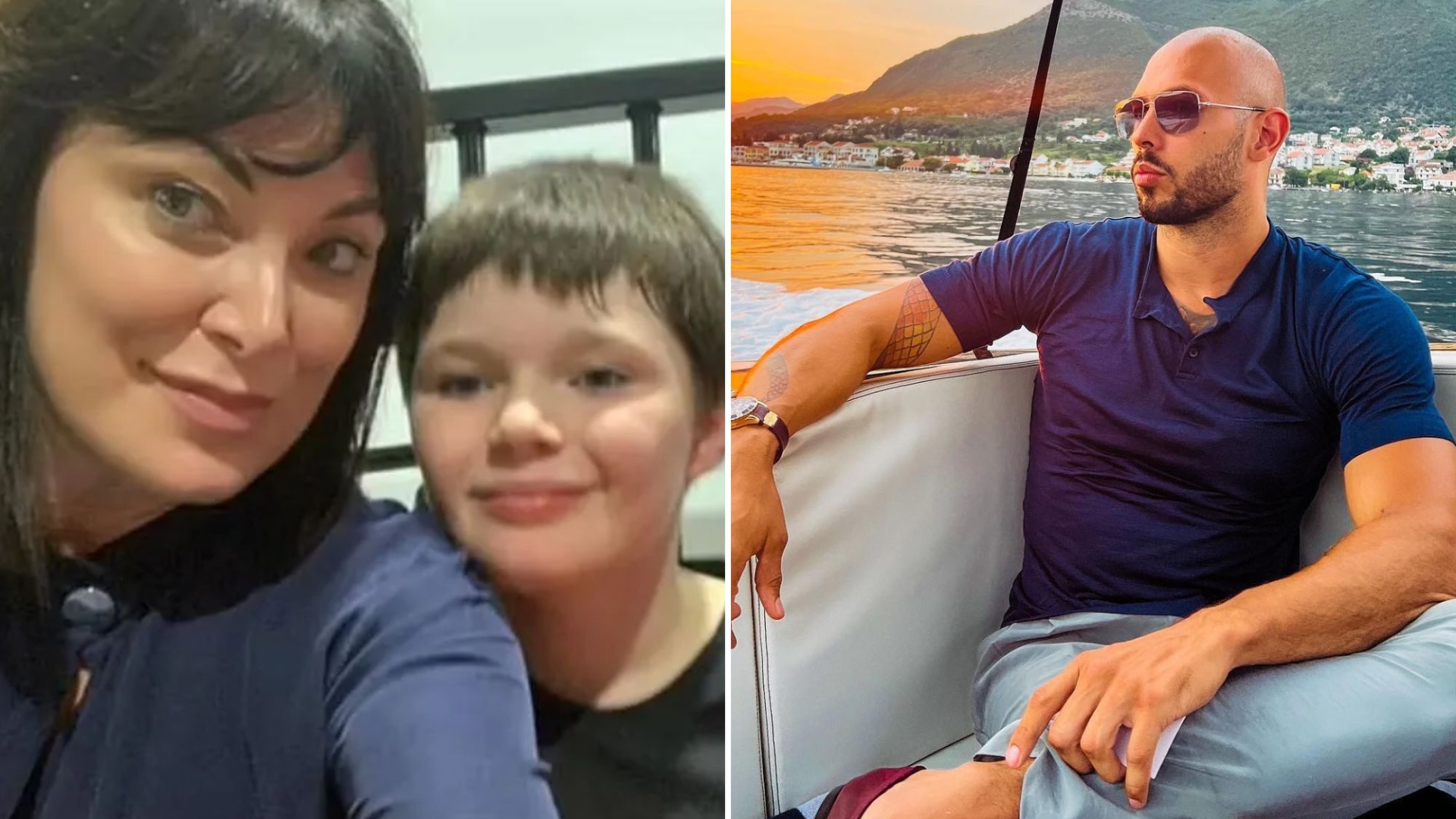 The Real Housewives of Sydney star revealed her children followed Tate’s Instagram, which was known for spreading twisted views on women.

Reality TV star Lisa Oldfield with one of her sons[/caption]

The 48-year-old mum took to social media to express her disdain for the disgraced influencer by sharing a meme mocking the man.

The picture showed a side-by-side image of Tate in and out of prison with the labels “incel” – a sometimes derisive term meaning “involuntary celibate” – and “in cell”.

Despite her attack, she said she struggled to comprehend Tate’s hateful rhetoric, which influenced swathes of young men, including her own children.

On her Instagram, she said: “As much as I chuckled at this meme, I was really disturbed at how much my 10 and 12 year old sons knew about this clown Andrew Tate.

“And it explains the horrible misogyny they’d repeated in the last few months.”

Following her split with ex-husband David Oldfield she said she was unable to monitor their boys Harry and Bert all the time due to shared custody.

She said: “But pleased that after we spoke about this idiot they determined, individually, he is not a good person or someone to follow or emulate.

“Mums of the world, speak to your boys.”

Tate, 35, a former kickboxing world champion and Big Brother contestant that has more than 4.7 million followers on Twitter, has been in jail in Romania for weeks facing sex trafficking and abuse charges.

A court last week ruled his detention could be extended to February 27 as investigations continue.

Tate and his brother were arrested in December last year after their luxury Romanian mansion was raided by police.

The pair have reportedly been under investigation for the alleged kidnapping of two young women at their villa in the town of Voluntari.

According to a statement from Romania’s Directorate for Investigating Organized Crime and Terrorism (DIICOT), the British-born suspects lured victims using the “loverboy method”.

The men claimed they loved the women and intended to marry them, it is alleged.

DIICOT said the female victims were then taken to buildings in Ilfov County, on Bucharest’s outskirts, where they were “sexually exploited by group members”.

Cops said the suspects used “physical violence and mental coercion” and that victims were forced to perform in pornographic videos for dissemination on social media.

In the past month, a lot of mothers have come forward horrified that their children had watched Tate’s content.

Tate is currently being detained by authorities in Romania[/caption]