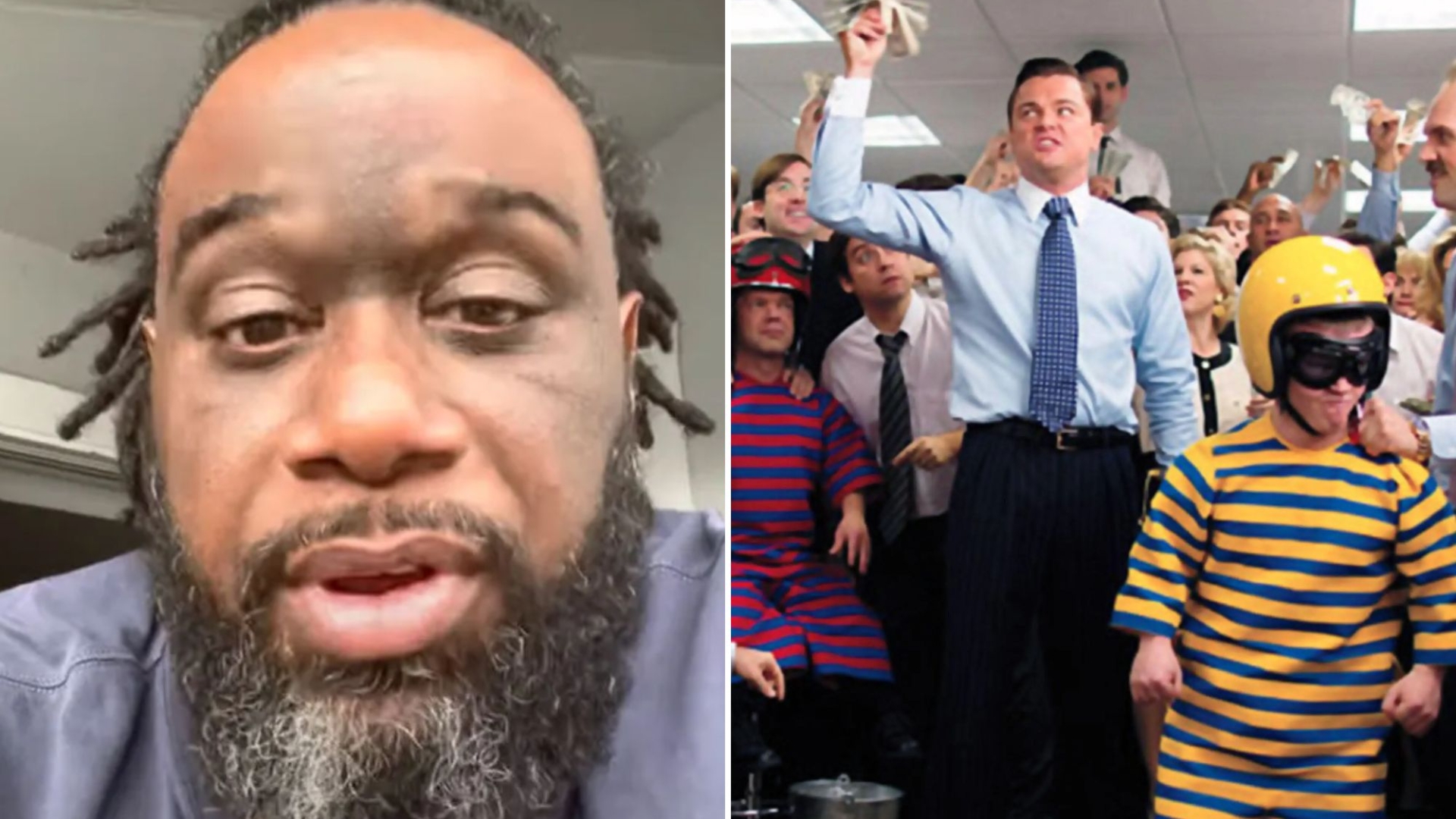 A FORMER soldier revealed how a job on Wall Street made him instantly rich, earning a staggering monthly wage.

At 20, Dwayne Jackson became a stockbroker in New York, US, and began climbing the corporate ladder to chase the lifestyle of Jordan Belfort.

A scene from the the 2013 hit The Wolf of Wall Street, which is based on Jordan Belfort[/caption]

Following his military service, he took a stockbroker job at Stratton Oakmont and from there started to make serious cash.

He told LADbible: “We got paid gross commission once a month.

“So if I did, let’s say £40,000 gross and commissions, half goes to the firm and I keep half and then all my expenses come out of that.

Typically, Dwayne would earn an average of £5,600 per month.

The lavish fast-paced life of a trader was best portrayed in the 2013 hit The Wolf of Wall Street.

The film was based on real-life stockbroker, Jordan Belfort, who went from hero to zero.

Jackson said while the money was a drawcard, it also fuelled an ego-driven unsustainable lifestyle.

He said: “I remember there was a guy who had a Ferrari, but was sleeping on his mother’s couch.

“The key to keeping salespeople working is to keep them broke.

“They weren’t teaching us how to be money managers or how to get rich, they just taught us how to sell stock over the phone.

“And in order to keep that machine going we had to be broke and create bills.”

According to CNN, Wall Street profits climbed to an eight-year high in 2018 with the securities industry hauling in more than £22billion in profits.

That same year, the average Wall Street employee in New York City was rewarded with a bonus of about £125,000.

However, Jackson soon realised the greed for cash had taken its toll on his wellbeing.

He said: “There was so much pressure, so much stress.

“I was making money but my whole world changed.

“I had a girlfriend who broke up with me, I didn’t feel safe anywhere, not even at work.

“I had a friend in college, I went down to stay with him… oddly enough, his roommate pulled me aside and says ‘Hey, man, how long have you known him’ and I said, ’15 years’ and he says ‘well, before you came down here, he told me he’s got this friend and we’re gonna use him to eat and pay for everything’.

“I just melted down, I couldn’t take it anymore.”

He has now turned to a life in comedy and is also an actor.

He said: “I saw a lot of guys making a lot of money and they were miserable.

“They did drugs, everything, prostitutes every day, all the time.

“When you don’t come from money, you think money is the answer for everything.

“But when you make a little bit of money, you start to realise that it is not what it’s all cracked up to be.

“I learned a valuable lesson that you have to do what drives you.

“You can’t do things just for money because if there’s no passion involved, you’ll end up hating your life.”

Although stock trading has undergone a resurgence, it still comes with associated financial risk.

It should not be entered into without knowing what is at stake but some steps can be taken to trade safely.

INVESTING is a risky business.

It’s not a guaranteed way to make money. You cash can always go up as well as down.

Make sure you know the risks and can afford to lose the money.

Before investing you should check the Financial Conduct Authority’s register and check its list of firms to avoid.