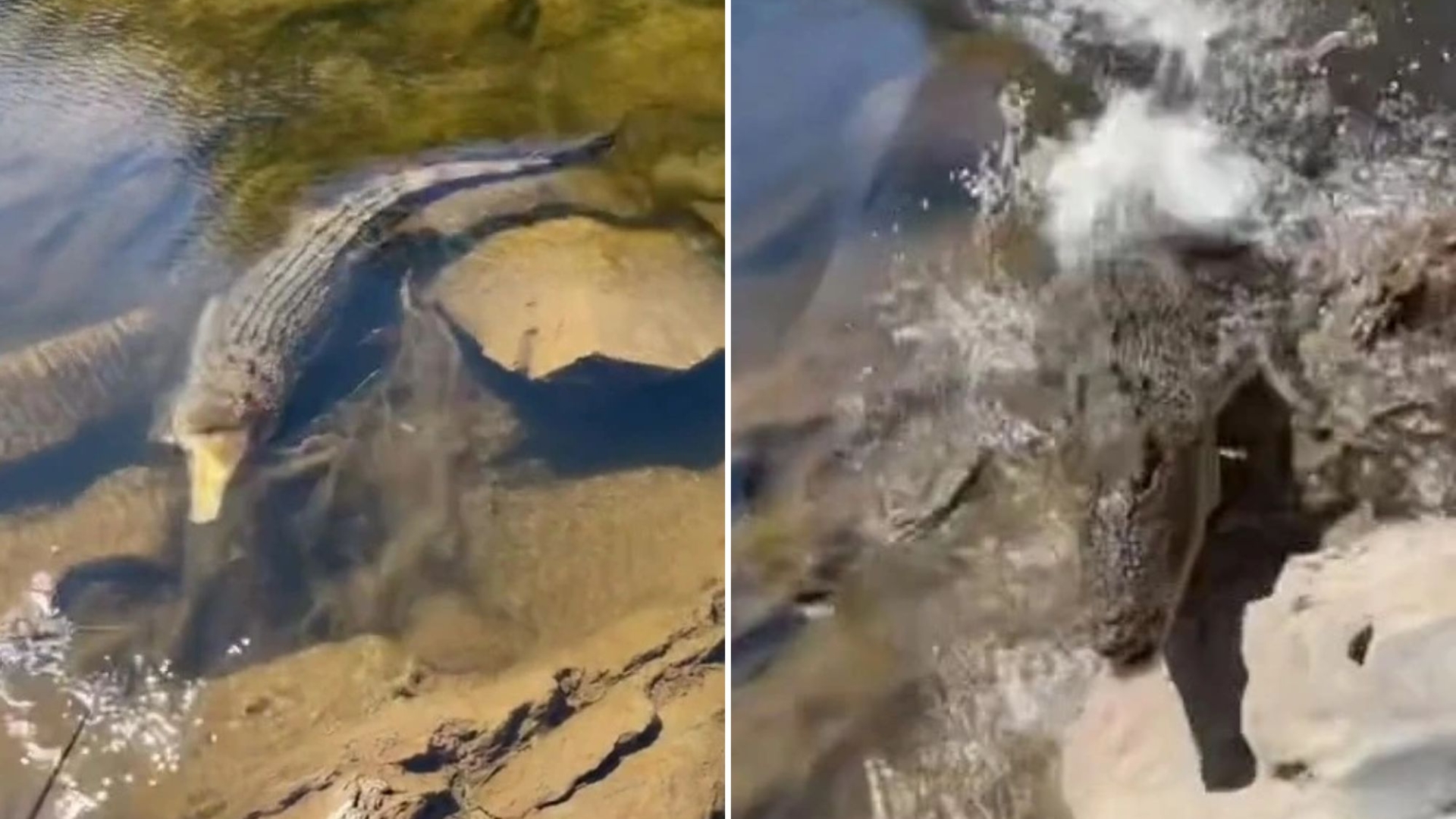 THIS is the terrifying moment a vicious saltwater crocodile tried to drag a fisherman to his death.

Kody Duncan filmed himself dangerously teasing the huge beast with his fishing rod before it suddenly lunged at him.

In the tense footage, Kody showed the croc lying motionless in the clear water at the Wujal Wujal Falls in Queensland, Australia.

The fisherman then started dipping the end of his fishing rod into the water just above the crocodile’s head.

Seconds later, the predator opened its monstrous jaws and thrashed out of the water to chase Kody.

Wearing a pair of crocs, Kody could be heard screaming as he managed to sprint away over the rocks and escape the beast.

After the terrifying near-death experience, he admitted: “Honestly I don’t know what went through my head.”

More than 5,000 people have commented on the video – with many pointing out his stupidity.

A second joked: “Wearing crocs when getting chased by a croc. What a sight.”

A third commented: “Playing with his life.”

A fourth wrote: “It’s like you forgot they can come on land too.”

Saltwater crocodiles – commonly referred to at “salties” in Australia – are known for preying on humans.

The males can grow up to six metres – and move at speeds of up to 20kmph.

Along with the Nile crocodile, they are responsible the vast majority of attacks.

The predators are known to lurk beneath the surface near the water’s edge, waiting for potential prey.

They then use their powerful tails to explode from the water, grab their victim and drag it back in, holding it under until it drowns.

The Wujal Wujal Council advises people to stay away from the water at the falls.

“Our common local law recommends that you stay at least five metres away from the edge of rivers, lagoons and water holes at all times,” it said.

“Our wildlife, even dangerous species like our crocodiles and snakes, are usually shy of humans and would rather move out of your way, unless you get too close to their territory.”