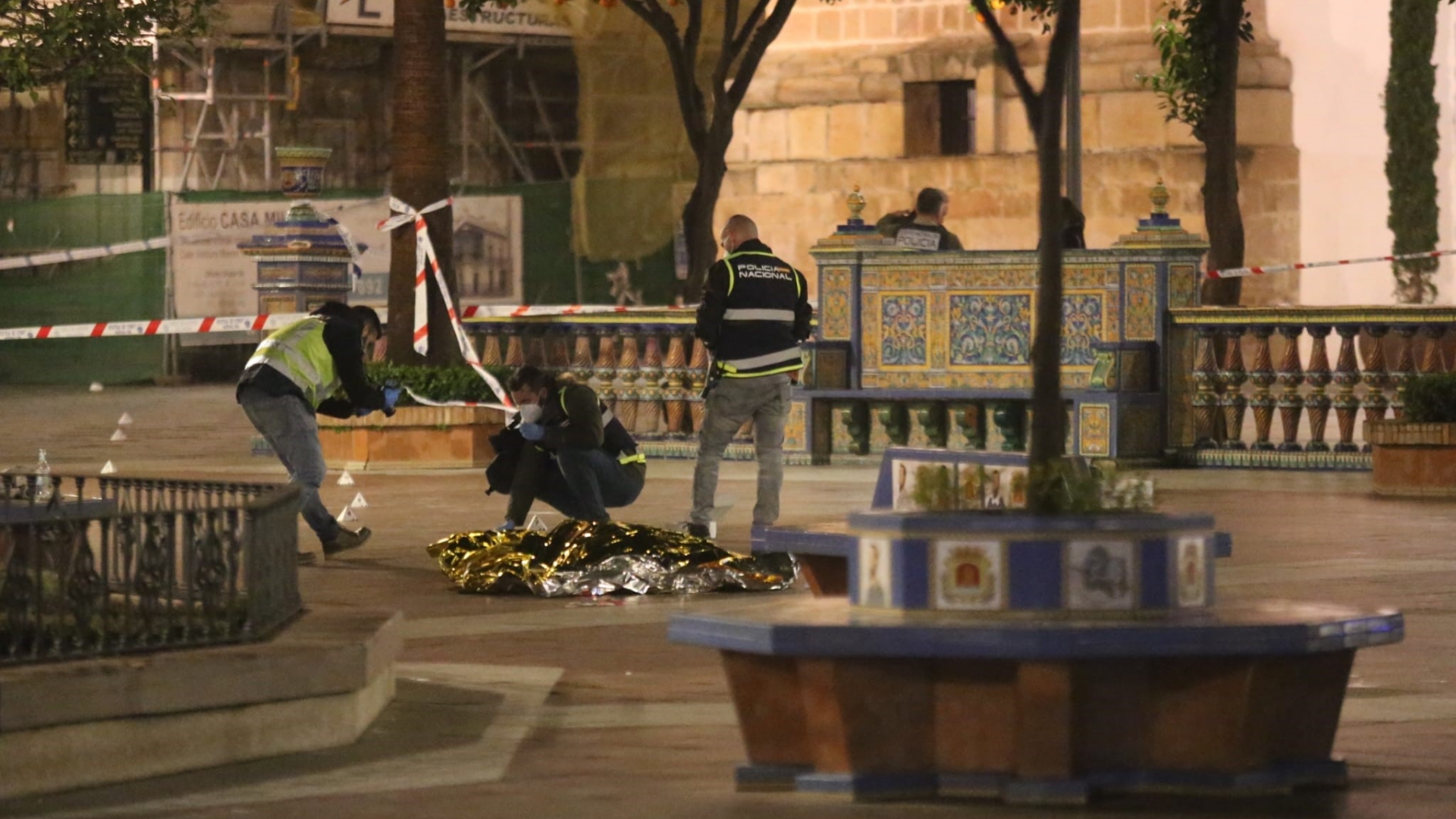 AT least one person has been killed and another four have been injured after a knifeman broke into two churches and launched a frenzied attack in Spain.

The suspect who was wielding a samurai sword targeted the church of San Isidro in the town of Algeciras in the southern province of Cadiz.

Cops are at the scene following the attack[/caption]

The church’s priest is among those injured and is in serious condition.

The suspect was arrested in Plaza Alta in the heart of the city and remains in the custody of the National Police.

The stabbing is being investigated as a suspected terrorist attack, El Confidencial reports, citing sources from the Prosecutor’s Office of the National Court.

The Interior Ministry confirmed the attack happened shortly before 8 pm. “A person has staged an attack with a knife, killing one person and injuring others in the Church of San Lorenzo de Algeciras (Cádiz), a statement read.

“The facts are being investigated and analyzed, but it is not yet possible to determine the nature of the attack.”

The suspect, believed to be of Moroccan origin, is said to have broken into the chapel of San Isidro where he stabbed the parish priest and injured three others.

He later moved to the Church of Nuestra Señora de la Palma, where he stabbed to death Diego Valencia, a man who worked at the church.