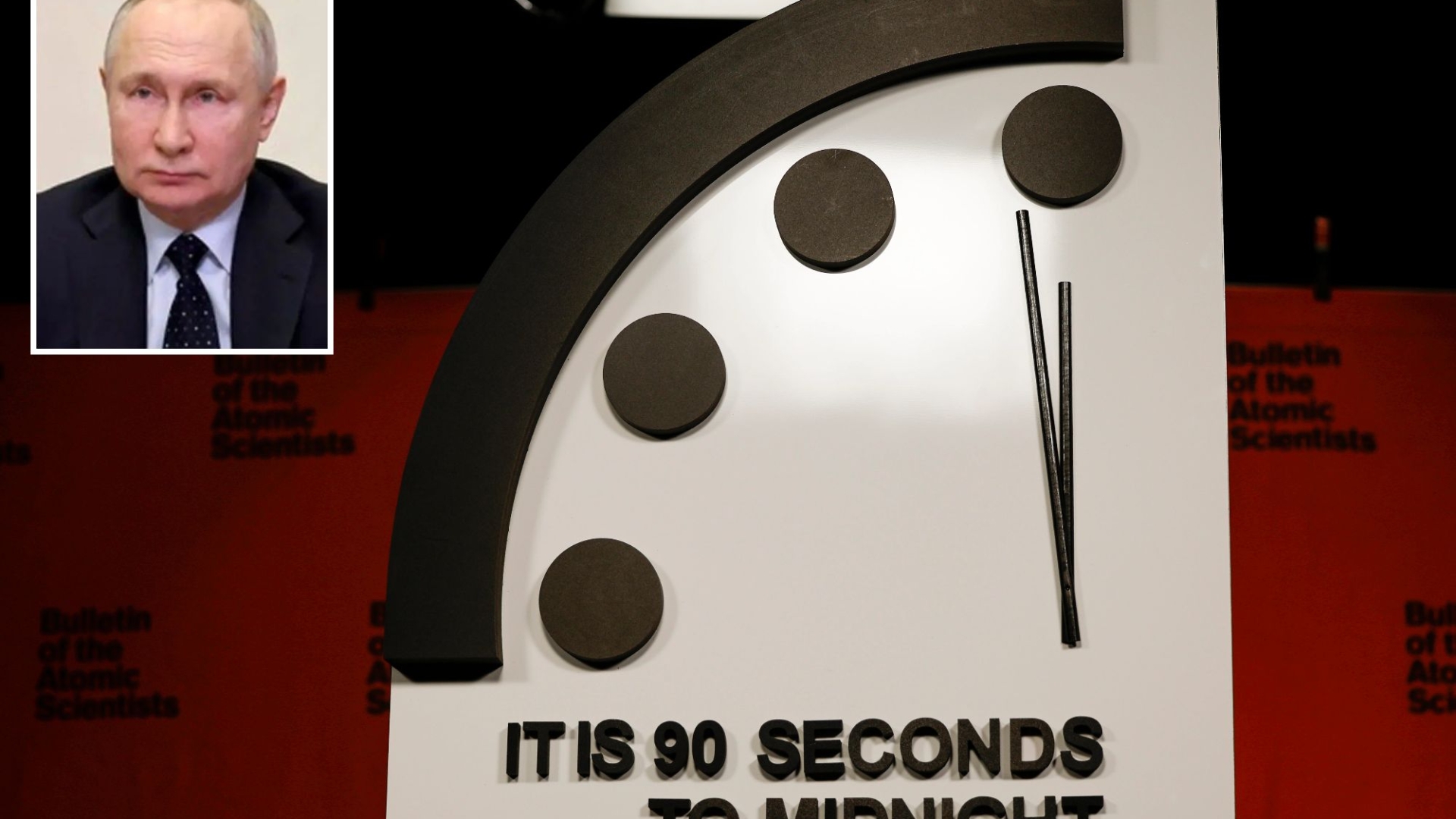 THE Kremlin issued a chilling threat of nuclear war today after scientists said humanity is closer than ever to Armageddon.

Vladimir Putin‘s spokesman warned of “appropriate measures” following the decision to reset the Doomsday Clock at 90 seconds to midnight.

The Bulletin of the Atomic Scientists cited Moscow’s “thinly veiled threats to use nuclear weapons” in their reasons for moving the symbolic clock forward by ten seconds.

It means the world-renowned experts judge the end of the world is closer than at any time in recent history.

In response, Kremlin spokesman Dmitry Peskov said: “The situation as a whole is really alarming.”

He called for a sober appraisal of tensions between Russia and the West over the Ukraine war.

But he blamed the West, claiming there was no prospect of peace based on “the line that was chosen by Nato under US leadership”.

Peskov added: “This imposes on us a duty to be particularly careful, to be alert and to take appropriate measures.”

Earlier the Kremlin blasted a deal to send US and German tanks to Ukraine as “blatant provocation”.

Putin’s official mouthpiece said the Abrams and Leopard tanks “will burn like all the rest”.

Yesterday a panel of scientists and global diplomats behind the Doomsday Clock cited repeated warnings by Putin and his cronies that he is ready to fire nukes.

“Russia’s thinly veiled threats to use nuclear weapons remind the world that escalation of the conflict – by accident, intention or miscalculation – is a terrible risk,” said Rachel Bronson, head of the Bulletin of the Atomic Scientists.

“The possibility that the conflict could spin out of anyone’s control remains high.”

Mary Robinson, ex Irish president and former UN High Commissioner for Human Rights, said: “The Doomsday Clock is sounding an alarm for the whole of humanity.

“We are on the brink of a precipice. But our leaders are not acting at sufficient speed or scale to secure a peaceful and liveable planet.”

As well as the war in Ukraine, the panel also pointed to China’s expansion of nuclear capabilities as “particularly troubling”.

Other reasons for moving the clock forward included the climate crisis, bio-threats like the Covid pandemic, and disruptive information technology.

The clock had been set at 100 seconds to midnight – previously the closest ever – since three years ago.

When have we been close to midnight before?

“We all continue to pay the price. In 2023 it is vital for all our sakes that they act.”

The Doomsday Clock has served as a metaphor for global apocalypse since it was founded in 1947.

A panel of experts – including scientists and Nobel prize winners – decides whether to move the hands each year based on perceived threats to our existence.

The furthest it has ever moved from midnight was 17 minutes in 1991, following the end of the Cold War and a series of nuclear weapons treaties.

Mary Robinson, second from right, warned we are on the ‘brink of a precipice’[/caption]